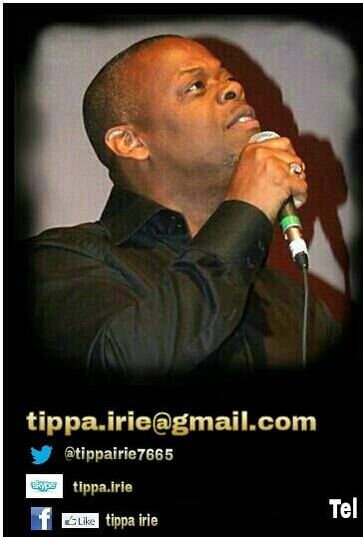 Tippa Irie (real name Anthony Henry) is a British reggae singer and DJ from Brixton, London, UK. He first came to prominence in the early eighties as an MC on the South London reggae soundsystem Saxon Studio International. That has been at the forefront of the U.K. reggae dancehall scene for the past 25 years and helped launch the careers of artists such as Maxi Priest, Papa Levi and Smiley Culture.

He achieved his first national exposure on night time BBC Radio 1 in the mid 1980s, with the singles “It’s Good To Have The Feeling You’re The Best” and “Complain Neighbour” (on Greensleeves Records), before achieving a UK Top 40 hit in 1986 with “Hello Darling”.

Tippa Irie was part of the new generation of British MCs who developed the ‘Fast Talking’ style chat which today can be heard in modern day rappers like Busta Rhymes. Tippa toured extensively with his friend and long-time sparring partner, Pato Banton, throughout the Eighties including an appearance at Jamaica’s Reggae Sunsplash and their U.S. debut tours together. The U.K. DJ duo of Tippa Irie and Pato Banton had become one of the genres favourite combinations. As the Nineties began, the dynamic duo pursued their solo careers. Over a decade would pass before Tippa & Pato would reunite in the studio with legendary singing sensation Peter Spence to produce “The Good Old Days”—a track featured on Pato’s 2000 Grammy-nominated ‘Life is a Miracle’ and Tippa’s ‘I Miss’ tribute album to his late and <br>great sister/MC Miss Irie.

Tippa Irie has produced fifteen albums to date and has a string of …1 hit <br>songs to his credit including “Hello Darling”, “Raggamuffin Girl” (featuring Peter Hunnigale), “Stress” (featuring Lloyd Brown), “Superwoman” (featuring Winsome), “Baby I’ve Been Missing You” (featuring Janet Lee Davis) and “Shouting for the Gunners”—a song originally recorded for the Arsenal Football Team which reached the Top 30 status on the British pop charts. Tippa’s first album-‘Is It Really Happening To Me’ (1986), was followed by ‘Two Sides of Tippa Irie’ (1987). Soon thereafter ‘JA To UK Clash’ (1988) with Papa San was released for Fashion Records. Then came ‘Original Raggamuffin’ (1989) and ‘New Decade’ (1990), both for Island Records. Tippa then linked up with Rebel MC and his label, Tribal Bass, for the release of ‘Done, Cook, and Curry’(1991) with Peter Hunnigale. ‘A Me Dis’(1992, I.R.S.) was Tippa’s long-awaited U.S. debut recording. His second U.S. release was ‘Sapphire and Steel’ (1993, I.R.S.) with Peter Spence. England’s Mad Professor then produced ‘Rebel on the Roots Corner’ (1994) for RAS Records. Tippa’s Best of compilation for Jammin Records was appropriately entitled ‘Mr.Versatile’(1998) and featured five of Tippa’s …1 hits.

‘Divide & Rule’(2000) with Musical Sniper AKA Rappa Robert was produced for Music Avenue in Belgium. Resin Music released both ‘I Miss’(2001) and ‘Sign of the Times’(2003) in North America. ‘Combinations’(2004) with Lloyd Brown was released in the UK on Discoflex Records. Tippa’s latest offering is entitled ‘Greatest Hits’(2005) on Sanctuary Records and it features six of his …1 hit songs as well as many of his classic signature tunes.

To this day, Tippa Irie remains one of the most requested Reggae entertainers internationally. The surviving members of Sublime made sure their Long Beach Dub All Stars debut for Dreamworks Records had the necessary dancehall credentials by commissioning Tippa Irie to contribute “Sensi” on their ‘Right Back’(1999) CD and be their special guest on their subsequent North American tour. In 2000 he was invited to support UB40 on their sold-out Labour of Love III UK tour. Later Tippa was called back in the studio with Long Beach Dub All Stars to record “Life Goes On” featuring Half Pint and Jurassic Five’s Charli2na on LBDA’s ‘Wonders of the World’(2001) CD for Dreamworks Records. Impressed with Tippa’s rapid-fire lyrical arsensal, Jurassic Five asked Tippa to record together and the end result was a wicked Tippa and Charli2na combination entitled “The Struggle”. The rap world took notice and soon enough Tippa was once again summoned to record with some of the music industry’s biggest stars. Most recently Tippa was nominated for a Grammy in the Best Rap Song category for his collaboration with Black Eyed Peas Will-I-Am on “Hey Mama”, a track featured on the international chartbusting ‘Elephunk’(2004) CD on A&M/Interscope Records. Edited by E-Clect-Eddy on 25 Apr 2012, 11:15

CLICK BUTTON  BELOW  FOR THE ORIGINAL TIPPA IRIE PAGE 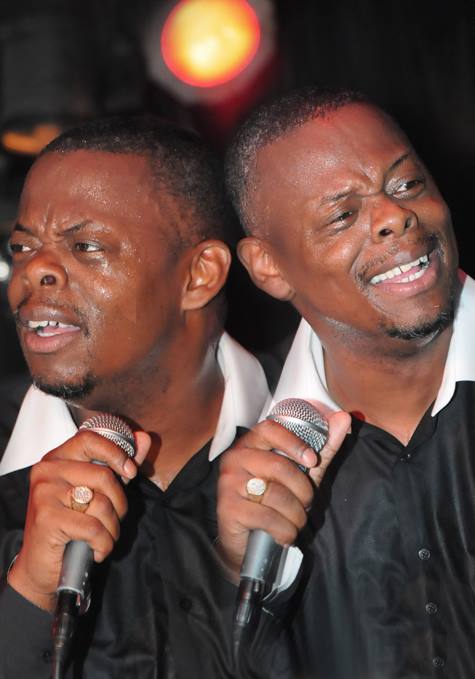 IN LOVING MEMORY OF TENOR FLY 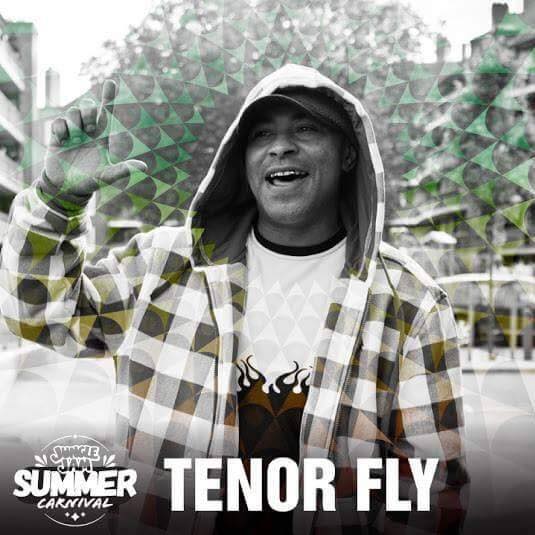