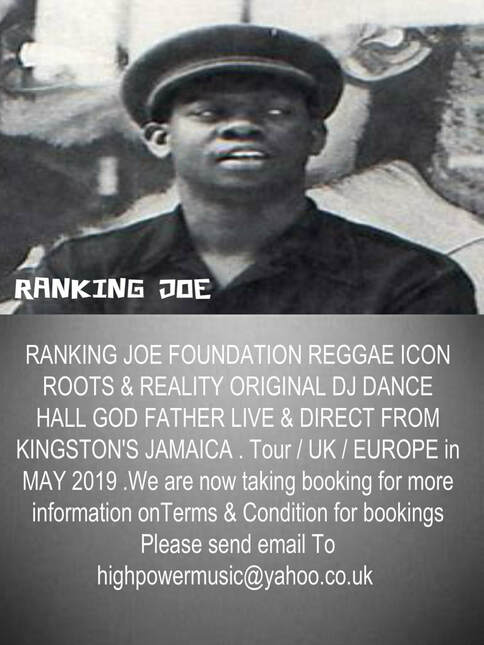 RANKING JOE
When mentioning the pioneering DJ's of the 70's, usually the names U-Roy, Prince Jazzbo, King Stitt, Dennis Alcapone, and others are herald most. Ranking Joe is another of these artist that deserves the recognition of their talents and contribution to reggae music over the years. He made a rare appearance in Long Beach, California, with singer Michael Palmer last November, and these two tore down the house with hit after hit.So, Who Is Ranking Joe? Born Joseph Jackson, in Kingston, Jamaica , July 1, 1959, he was introduced in the music business at Tarrant Junior Secondary School in Kingston.
Joe performed at school concerts and won local talent contest in the mid-70's. As he got older, he participated in stage shows and parties in different Jamaican parishes for vereran singer/promoter Jackie Brown.
His first performing name was"D.J. Jolly", and performed with well know artist like Horace Andy, Dennis Brown, Bingy Bunny, Bongo Herman , and Keith Poppin. At age 15, he went to the legendary "Studio One" to auditionand what resulted was his first big hit "GUN COURT", produced by Clement"Coxsone" Dodd and a name change to "Little Joe". "This recording lead to more producers becoming interessted in My work and as a result I performed more records for different producers such as Bunny Lee,to name a few." The records are of such "OLD TRADITION" done by Bunny Lee, "HONDA 750" done by Pete Weston. "PSALM 54" and "JACKET" with Watty Burnett, "STOP YOUR COMMING AND COME", done by Sly and Robbie and "NATTY BMW" with Bunny Diamond, "SHINE EYE GIRL" and "NATTY NEVER GET WEARY" done on Sonia Pottinger's famous "HIGH NOTE" label. As he grew older, still into a young man, he changed his name on the advice of Prince Tony Robinson to "Rankin'Joe". Joe worked alongside Robinson and had hit records such as"A YOU Mr. FINNIGAN",with an album of the same name.
He was then was then introduced to the King of DJ's"U-Roy", after which he worked on his "KING STUR-GAV HI-FI", the most popular sound system in Jamaica at that time. "I later developed my original style of fast rapping. , toungue twisting and that became the most popular thing to hit the airways.The style was (Bang-dilly), also used , also used by "Heavy D", an American Rapper". Joe's string of successes kept rolling. "With an introduction to "Joe Gibbs", of whom I did records(singles)"LEAVE FE ME Girl Arlene" and "Bald Head Bridge" done by the group "CULTURE" and Myself."
The latter was released as a disco 12" 45 record-one of the wicked extended mixes of the "rockers" period of the late 70's. "In 1977, I was voted the most popular DJ of that year, for my records that were on the charts and my performance of "KING STUR-GAV" sound system.In 1978-79 I was approached by "Henry 'Junjo" laws for the "Volcano Label", the top producer during that time. I recorded an album titled "Saturday Night Jamdown Style" , which was released by Greensleeves in France and VP Records in New York and as a result were successful".                         Joe also remembers , "In 1980, I was offered a deal to tour London for the first time with original soundsystem ray Symbolis alongsie promoter Errol Dunkley and Jah Screw the Selector and that lead to the tour of England. In 1981-82, I toured America, Canada, Germany, and the West Indies.". He then married and has resided in New York ever since. 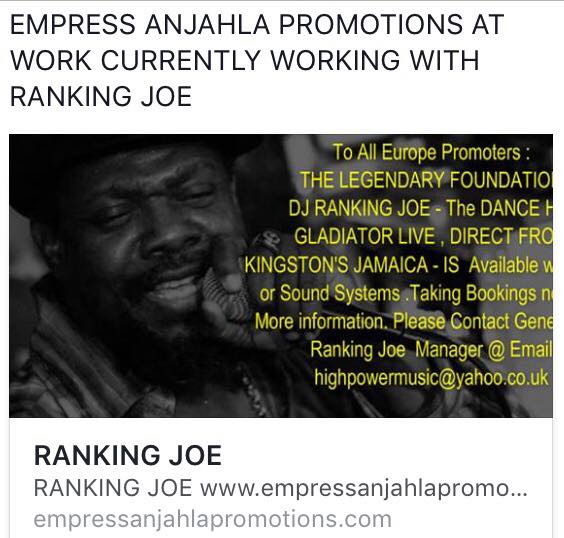 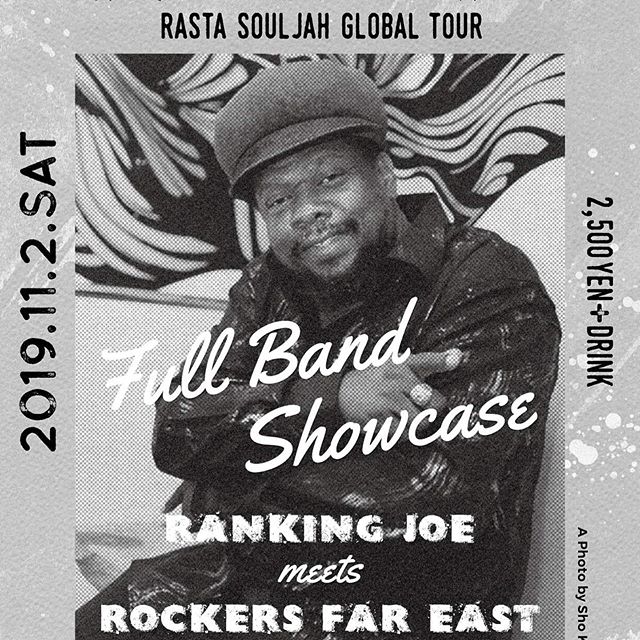 To All Europe Festival and Promoters  :
THE LEGENDARY FOUNDATION DJ RANKING JOE - The DANCE Hall GLADIATOR LIVE , DIRECT FROM KINGSTON'S JAMAICA NOW TAKING BOOKINGS  Available with Band or Sound Systems . Book now For More information.
​Please Contact General Lee Ranking  Joe  Tour Manager Email highpowermusic@yahoo.co.uk
8PRIVACY NOTICE: Warning - law code   UCC 1-103 1-308   any person and / or institution an d / or Agent and / or Agency of any governmental structure including but not limited to the United States Federal Government also using or monitoring this website or any of its associated sites DO NOT have my permission to use any of my profile information nor any of the content contained herein including, but not limited to my photos, and / or the comments made about my photos or any other "picture" of art posted on my profile. You are hereby notified that it is strictly prohibited to disclose, copy, distribute, disclose or take any other action against me with regard to this profile and the contents herein. The previous prohibitions also apply to your employee, agent, student, or any personnel under your direction or control. The contents of this profile are private and confidential information and sensitive. The violation of my personal privacy is punishable by law. UCC 1-103 1-308